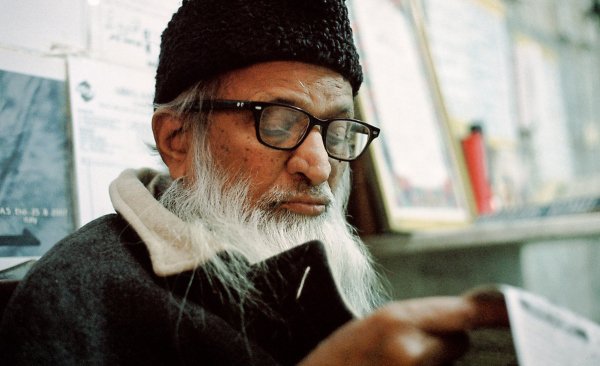 Abdul Sattar Edhi was a Pakistani philanthropist who served his life for humanitarian work. He is the founder of the greatest non-profitable network of welfare organizations throughout the country known as EDHI centers. He was known as s “Angel of Mercy” and “Pakistan’s Father Teresa” for his social work. He received Ramon Magsaysay Award for Public Service in 1986.

Edhi was born on February 28th, 1928 in a Bantva in the district of Gujarat, British India but after the independence, he moved to Karachi, Pakistan. His mother was paralyzed and suffered from mental illness and died when he was 19. He observed that people in Pakistan lacked medicine, food, shelter, and other basic necessities, thus he devoted his life to helping others. In 1951 he established an organization whose mission was to provide shelter and basic needs to the people. He was married to Bilquis Bano in 1956. Bilquis Bano was a nurse at Edhi dispensary and like Edhi, she was also determined to help others throughout her life. The couple has four children, two daughters, and two sons.

Edhi centers offer many services such as saving the lives of infants and fostering abandoned children and taking care of handicapped and disabled people. It also facilitates the elderly people who have been disowned by their own families. Edhi has its own dispensary through which they provide free medication and medicine. They have a large network of ambulances that provide services including shifting patients to the hospital during accidents and emergencies. During natural disasters like earthquakes and floods, the Edhi center provided relief aid, recovered dead bodies from food and provided shelter to the people, and also provided them food, clothing, and blankets. Edhi also provided free education to the needy so that they can become self-sufficient.

“My religion is humanitarianism, which is the basis of every religion in the world.”

“So, many years later there were many who still complained and questioned, ‘Why must you pick up Christians and Hindus in your ambulance?’ And I was saying, ‘Because the ambulance is more Muslim than you.”

“Empty words and long praises do not impress God. Show Him your faith by your deeds.”

“I do not have any formal education. What use is education when we do not become human beings? My school is the welfare of humanity.”

“The Holy Book should open in your souls, not on your laps. Open your heart and see God’s people. In their plight, you will find Him.”

Abdul Sattar Edhi was suffering from kidney disease and died on 8th July 2016. He will always be remembered for his noble services. He never discriminated against anyone based on color, caste, and creed and serve the poor and needy. His services were not based on religion. To him Muslims, Hindus, and Christians were equal.  The late Abdul Sattar Edhi established the tradition of charity and welfare for which he was duly acknowledged the world over.